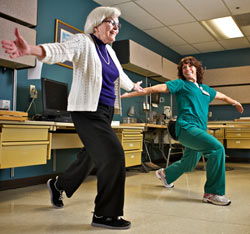 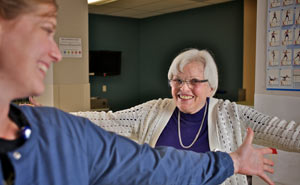 LSVT-BIG is an innovative physical/occupational therapy program that helps to increase strength, motor learning, and changes in brain function in individuals with Parkinson's Disease and other neurological conditions including stroke, multiple sclerosis, cerebral palsy, and Down Syndrome. Each treatment focuses on the production of large amplitude whole body functional movements.

Parkinson's disease affects approximately 6.3 million people worldwide. Many of the symptoms of Parkinson's disease involve motor control, which is the ability to control your muscles and movement. As Parkinson's disease progresses, it becomes increasingly disabling, making daily activities like bathing or dressing difficult or impossible. LSVT-BIG can teach those living with Parkinson's Disease how to avoid inactivity and ease movement while being engaged in everyday activities. - Leading to an improved quality of life.